I've almost forgotten how to do a blog post! 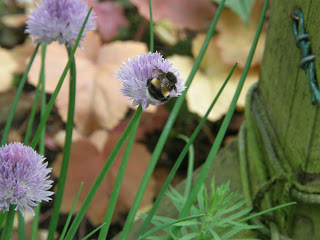 It's been so hot and humid today that I haven't had the energy to do any gardening, but it has been my main pastime for several weeks now.   While I was out there taking these photos a bumblebee obligingly posed for me on the chive flowers. 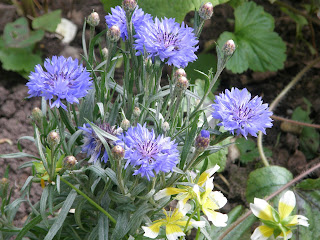 These cornflowers are almost royal blue but the hazy light and my camera have bleached them somewhat. 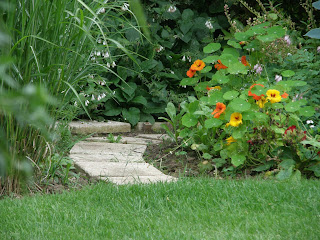 Last year our son laid this narrow path for us.  The 'T junction' turns right to the shed and left to a shady bench. 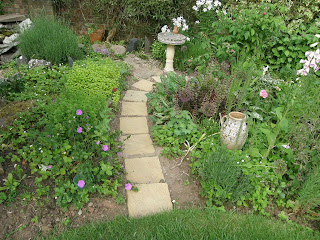 Last week he laid another section for me which goes along the back of the rockery and pond, turns sharp right and curves further right to get to the aforementioned shady bench. 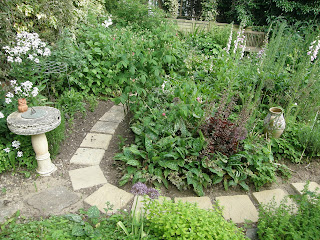 It has made such a difference to the garden and I evicted loads of magnificent buttercups which had made themselves very much at home.   I let the bees get the best of them before they went in the green bin. 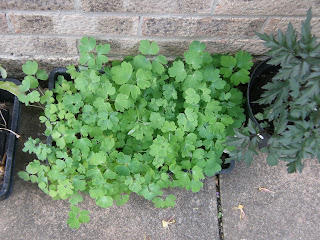 I just have these aquilegia seedlings to plant out now, and to find spaces for the two dahlias below. 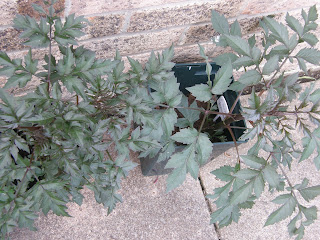 The black elder is in full flower and together with the honeysuckle is scenting the whole garden.  That is the one good thing about humid weather - all the perfumes are intensified. 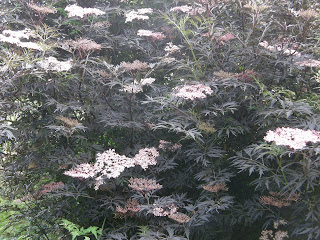 We have bumblebees in our nesting box.  There is a constant humming buzz coming from it and much going in and out.  They are small bumblebees and if a larger one arrives and show interest they seem to try to ward it off.  They have taken over this corner and don't seem to like us sitting there, which is a shame as that is where the garden table and chairs are! 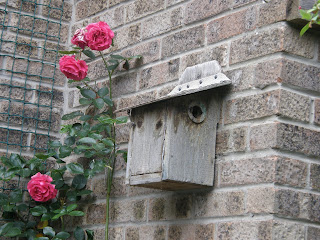 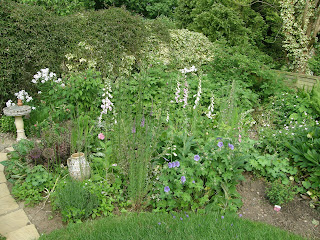 At last I have foxgloves in the garden.  These have returned from last year and some have even brought their children. 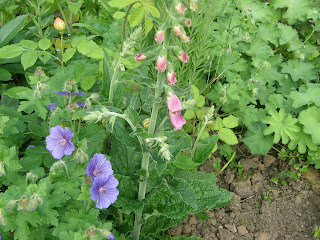 Of course there is always one that plonks it's lovely self where you don't want it - right at the very edge of the lawn. 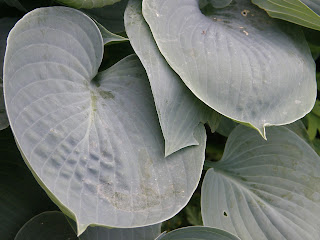 I thought I would include a picture of this hosta before it gets too many holes in it.  I just love those 'quilted' leaves. 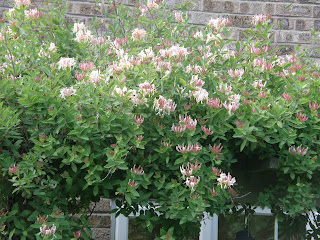 The honeysuckle above the kitchen window and below our bedroom window is covered in flowers. 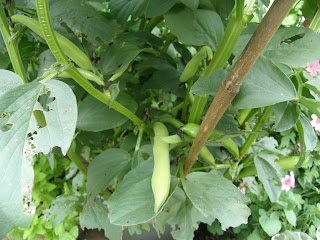 My broad beans are getting larger every day.  I cheated and bought a small tray of plants.  There were more than I realised and I have rather crammed them into a very large tub but they seem to be doing alright and will give us several good pickings.

I still have one or two areas to sort out but considering the garden had been totally neglected from December to May it hasn't looked too bad.   When the weather turned a little warmer everything seemed to burst forth and I had to get cracking.  One of our daughters has kindly done three or four stints of weeding with me which has been a great help and incentive not to feel overwhelmed by the whole thing.   I had intended to tidy everywhere before Christmas but with such a wet winter it was not possible to work on the garden and at the end of February my husband was taken ill, spent three weeks in hospital and I have been his carer since he came home.  He is showing real signs of recovery at last and I have time to turn my attention to other things.  Once I have the garden under control I hope to get back to some indoor creativity.

I could do with a few showers to save me the job of watering but I don't want as much as London and Paris have had!
Posted by Heather at 12:51 10 comments: