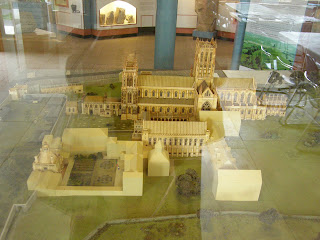 This model which is displayed in the Abbey museum gives an impression of how the Abbey would have looked before the Dissolution. It is said to have been the largest and richest Abbey in Britain after Westminster. Apologies for the reflections on the glass. 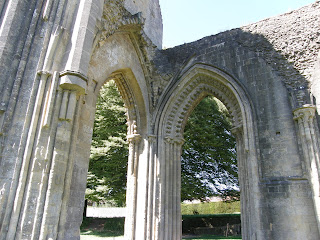 I love these soaring arches. When we walked round I am sure there were jackdaws nesting in some of the arches. I could hear the baby birds but never managed to see just where the parents gained access to the nest. 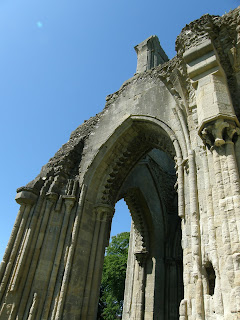 Still beautiful even in it's ruined state. 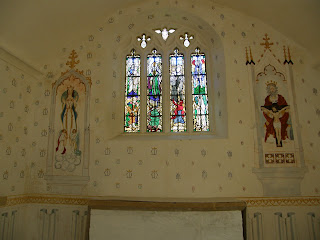 This tiny chapel is being restored and painted as it might have been originally. 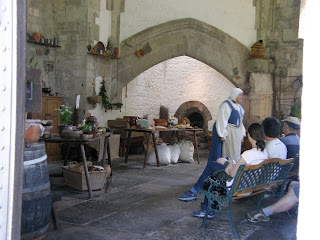 The Abbot's kitchen is a separate building and the only one not to have been demolished or damaged. At weekends throughout the year costumed guides give talks on how the monks prepared their food, etc., and sometimes informal concerts are held here too. 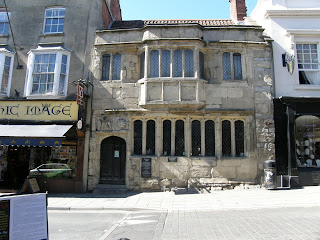 This wonderful old building was once a private house but is now the Tourist Information Office! I'm saving the walk up the Tor and other delights for another post.

I love Glastonbury and the photos I have from the Abbey are so similar to yours it's funny! I can't wait for the Tor photos.